Written by Dan C
Updated over a week ago

Depending on the type of job you're running this will be slightly different. We'll cover both:

In essence what you're doing here is "refunding" money from the contract value the client has agreed to pay. This will be done via a negative variation and then attached to an invoice.

You can start the negative variation from either the costing screen or the variation screen.

1. Starting from the Actual Costing screen will be better if you want to refund a specific item

2. Starting from the Variation Screen will be better if you simply want to apply a lump sum

More info on variations generally can be found here

Regardless of where you start the variation from the crux of it is that:

3. The minus number in the quantity box creates a negative amount

4. The overall variation is negative 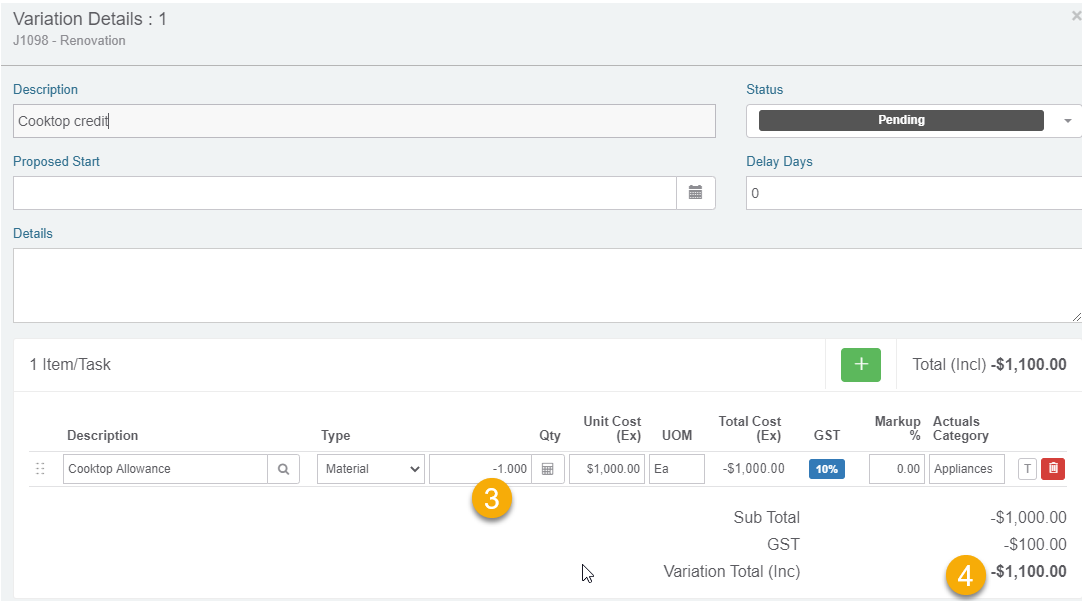 Lastly when you go to add this variation to an invoice, you'll only be able to add it to an existing invoice (one with an existing dollar value) as we cannot issue negative invoices.

5. Add the variation to the invoice

6. Notice that it removes from the existing claim amount of the invoice

In essence what you're doing here is charging the client a negative amount as a result of a negative purchase order or negative work order.

The crux of it is:

1. The minus number in the quantity box creates a negative amount

2. The overall work order is negative 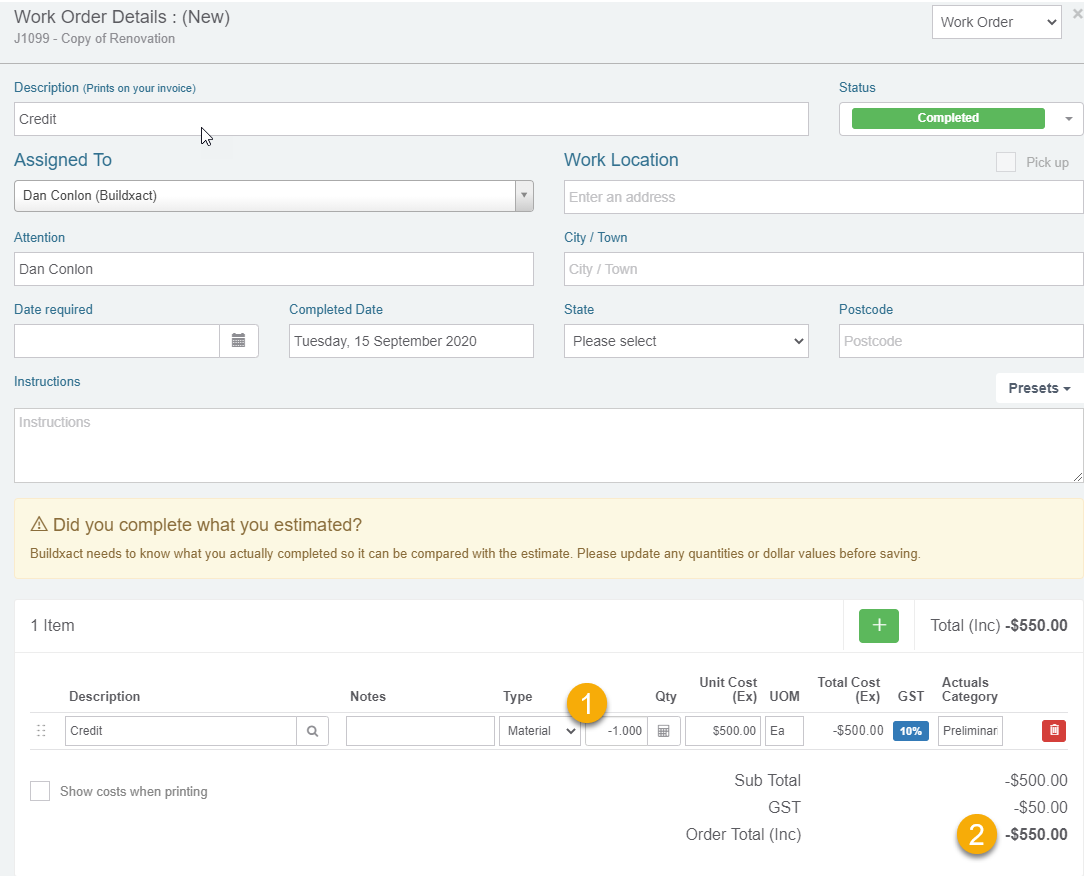 When you go to add this credit to an invoice, note that it will attract the default markup, up to you what you do here but generally users only want to credit the non-marked up cost, hence making the markup 0%.