Sending a purchase order will result in a committed cost, this article explains how these are handled.

Written by Dan C
Updated over a week ago

In Buildxact when tracking costs we historically have only looked at estimated costs and actual costs. This approach gave a good view of how your costs were tracking relative to the set budget but didn't deal at all with looking forward at costs you'd committed to spend but hadn't actually spent yet. We've expanded functionality here now to give a better overall view of the job.

Where can I see committed costs?

Currently they can only be seen on the Estimated vs Committed report, there is plans to expand the usage of committed costs. 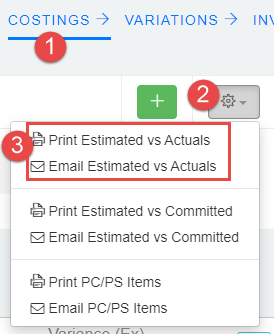 Do commited costs decrease as the actual cost increases?

What other changes are associated with this?