Why don't PC/PS items contain markup on my quote/report

The amount shown on your client facing quote against PC/PS items is the amount you've allowed for the item plus tax. Markup is not shown. 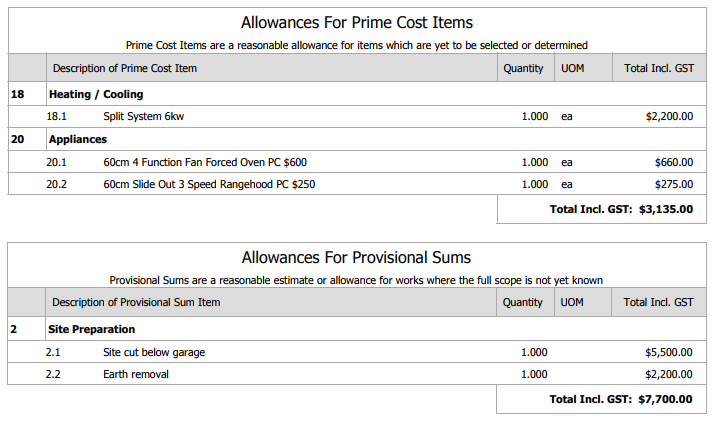 The mark-up is not added to PC/PS items as these are allowances the customer is allowed to spend against, adding mark-up would could mis-lead the customer into thinking they had more to spend.

The final figure on the quote has the markup for all items including PC/PS The markup isn't shown on those individual items in the quote/report. It is distributed evenly amongst the other items, divided proportionally based on their value.

See also: How do you distribute markup when there are PC/PS items?